Free to Be: Letting Go of CF Survivor’s Guilt 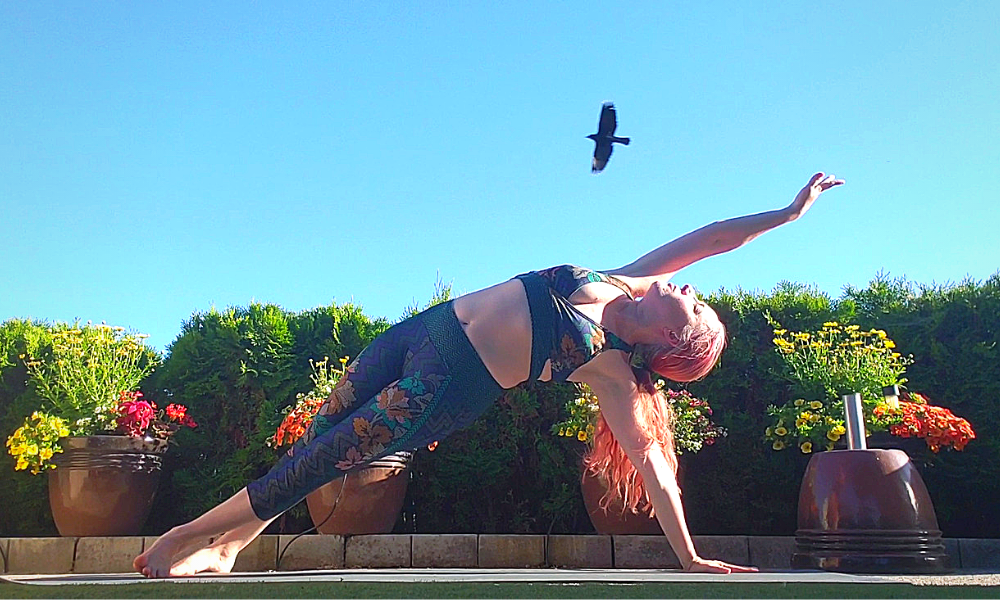 When you hear the words “Cystic Fibrosis,” what images come to mind?

Close your eyes and picture someone who has CF. Where are they? What does the room look like? What sounds do you hear? What are they doing?

If you’re like most people who don’t personally know someone with CF, you immediately pictured a person in a hospital room. The surroundings are functional and bare. Machines are beeping. You might hear the rhythmic rush of some breathing apparatus; perhaps you pictured them with a breathing tube or a nebulizer in their mouth. They may be clinging to hope of survival, waiting for a call that would let them know they’re receiving a life-saving lung transplant.

But those of us who have CF understand that while that image may be a snapshot of a moment in a life of someone, somewhere who has CF, it’s not what we picture when we think about ourselves.

There are 30,000 people with CF living in the United States, and 30,000 different ways people have experienced this disease in their own lives.

My own life doesn’t have a moment in it that looks like the one conjured up above of someone with CF. In my 39 years on this planet, I’ve only spent four nights in the hospital. Nobody has ever come close to uttering the word “transplant” to me in the context of my CF care.

And for that reason, when people began asking me to speak publicly about CF, I had to acknowledge my own hesitation to discuss the subject and start examining the reasons why.

For one thing, I didn’t want people to think of my experience as “normal.” I didn’t want people to look at me and get the impression that because I am relatively healthy, modern science has now “beaten” CF. Regardless of medical advancements, Cystic Fibrosis is still a fatal and unforgiving disease that robs young people of their lives before they have a chance to really live them.

But alongside that concern was the self-perception that my own experience with CF was somehow less valid . . . because I haven’t personally lived the most severe progression of the disease. That my life was somehow a less accurate picture of what “real CF” looked like.

I’m still figuring out how to best tell my story in a way that makes sense to people who don’t yet know about CF. But there are some common threads that I see emerging about what life with CF really looks like, beyond clinics and therapies and medications.

In our CF community, “real CF” looks like love… and loss.

As the CF community is now more connected online than ever before, the loss of a friend with CF is becoming one of our commonly shared experiences.

It seems that hardly a week goes by that I don’t hear about someone dying from CF. Many of them I grieve for as friends. There are many more that I didn’t have a chance to know personally, but I at least know their names, and recognize their pictures and accomplishments.

About 15 years ago I made my first friends with CF in an online community.

By 10 years ago, the group had literally died away.

After that I closed myself off from the CF community for a while, unsure if it was healthy for me to forge these new friendships only to have them ripped away. Grief leaves its mark.

That grief – that persistent, recurring grief from love that no longer has a place to land – that is what “real” CF looks like to me now.

And my brain works overtime trying to make sense of it. To pick apart statistics, to figure out why I’ve been spared. Yes, I have a consistent treatment regimen, and wonderful doctors who know me almost as well as I know myself. I have access to lifesaving medications made affordable by good insurance, a stubborn refusal to give up on things that are important to me, and a cheering section of friends and family who empower me with prayers and positivity.

But the people who’ve died… most of them had those things too.

CF is merciless and there’s no explaining why one person’s body succumbs to the disease when another’s does not.

In the CF community, we share our triumphs, but also our trauma.

When you lose so many warriors who are fighting alongside you, you want to believe there is some greater purpose behind your survival. It feels like there’s a burden on you, the survivor, to do something significant with the time that your peers didn’t get.

It can weigh you down when you don’t see that purpose. Which multiplies the grief, because the loss just feels so senseless.

This grief has a name: Survivor’s Guilt

Survivor’s Guilt is defined as, “A condition of persistent mental and emotional stress experienced by someone who has survived an incident in which others died.” (Google Dictionary)

Stephen Joseph, a psychologist at the University of Warwick, studied a group of survivors from a shared traumatic event and found that 60% experienced least some form of survivor guilt.

There are times when I’ve been ashamed to share my life with the CF community, because I know that others haven’t been as fortunate.

I can’t explain why I’m healthy enough to travel, to sing operas, to do a challenging yoga practice. I only know that I feel a little guilty that I can. Especially when I’m in a community of people with CF who may not have those options. When there are people who died before they ever got a chance to even try.

But I can’t let that stop me from being myself, from inhabiting my own body and living as fully as I can. If anything, seeing how frequently my CF friends lose their lives motivates me to do the things that I love while I’m still healthy enough to do them.

Which makes me think . . . maybe I can honor their memory by freeing myself from what I feel I “should” be. By simply being who I am.

In this moment, you are free.

When I started planning this month’s “Up for Anything” yoga class for CF Yogi, all of this CF survivor’s guilt flooded up to the surface.

I knew that I wanted to teach a class that looks more like my own personal practice… sharing what has helped me. I have to feel challenged in order to keep showing up on the mat, so my own yoga practice includes a more physically demanding flow, sometimes incorporating arm balances, inversions, and binds.

But I knew that such a class could discourage others in the CF community for whom those particular asanas are out of reach. I didn’t want to make anyone feel lesser-than, or frustrated, or excluded.

I had to make sure that everyone had a class that suited their needs before I could venture to offer a more challenging class. So I had to wait until we had enough funding for two weekly classes, when we could have both a gentler class option alongside the more challenging one.

Thanks to the combined support of the Cystic Fibrosis Foundation and the Boomer Esiason Foundation, that time has arrived. With two classes per week, I can take this month to share both my full practice that I love with all the physical and personal challenges it presents, and the gentle practice that nourishes and restores my spirit.

By focusing on the Joy in my yoga practice, I’m restoring my own empathy by inhabiting my own physical body, rejoicing in the capabilities of life-giving breath.

And that is the idea behind my monthly class theme, “Joyful July”… regardless of what our yoga practice looks like, we’re celebrating our freedom in the moment. Freedom from guilt, shame, or self-judgment.

Whether you join me in the Up for Anything workshop series on Saturday mornings, or the Gentle Vinyasa Flow on Monday nights, you are free to find your own Joy.

In either case, I want to tell you that it’s OK if you feel the survivor’s guilt that I do. And it’s also OK to let it go. It’s OK if you feel like you haven’t found a purpose to fill that gaping hole in your heart, that hole burning with love that has nowhere to go.

You’re OK being who you are, doing what you are. You are already enough.